Definition : “A generative logo use a computer-based algorithm to provide different shapes as basis for a visual identity.”

I was recently asking to create a logo and I thought about computer-based patterns/algorithm to generate it first.

Here are some examples of generative logo designs

The MIT Media Lab visual identity has been created in 2011. It is not a simple logo but a matrix to randomly create more than 4000 possible shapes based on a same pattern, one for each person inside the Lab.http://www.rt80.net/medialab/

Another pretty similar expeirment is the Casa Da Musica (Portugal). The logo by Sagmeister Inc provides different shapes based on a same logic to express every different kind of music that could be played inside the building http://www.sagmeister.com/node/192

The Slovenian company Renderspace has come up with a little program that helps them to generate logo each time they like it http://designyoutrust.com/2009/02/renderspace-generated-identity/

Many great example are to be found within the awesome Processing community, like this logo for a brand named SoundsGood.

Indeed,  Processing is the relevant tool to create such visual identity : clearly graphic-oriented, easy to code, providing online (javascript) and offline application (java), all you need is there.

In 2009, the UN Climate Change Conference in Copenhagen has hired the london-based studio okdeluxe which has used Processing to create the logo of the event : http://www.creativeapplications.net/processing/cop15-identity-processing/ 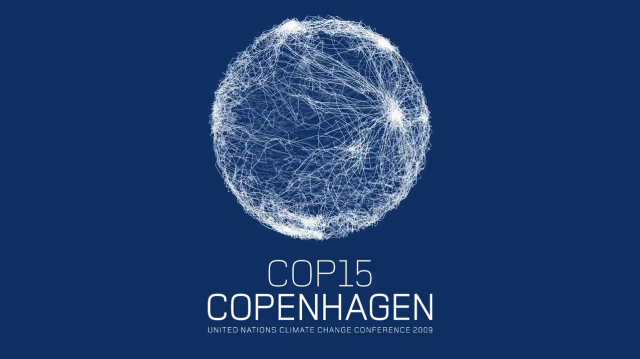 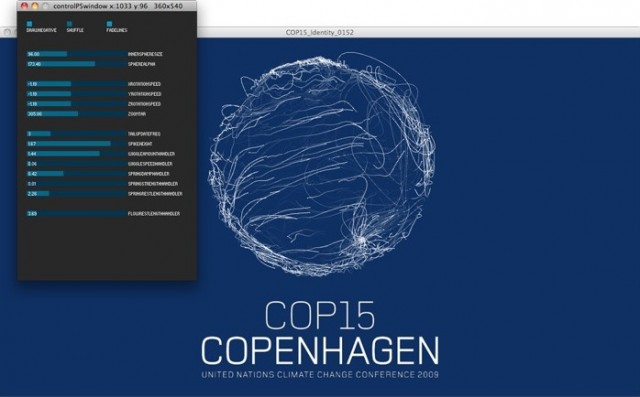